“Moto HOTEL” fulfills a detailed brief for a multi-story building containing two major occupancies - a business hotel with conference, dining and athletic facilities, and a mid-size retail component. Along with fulfilling the occupancy brief, “Moto HOTEL” aims to revitalize an area of Chicago’s Magnificent Mile currently considered an eyesore and avoided by tourist buses. Part of the chosen project site also contains the historically significant AAA building that was required to be integrated into the overall design.

The approach taken with “Moto HOTEL” was to not encase the significant AAA building with the new occupancy program. Instead the new construction would be cut to create a visual reveal of the historic facade. The tapering east tower of the new construction creates a public plaza at the corner of Michigan Avenue providing a welcoming space for visitors to escape the busy street and further investigate the facade of the AAA building. Public areas such as retail and fitness facilities are located in the east tower to allow separate access by the public but still allow easy access by hotel guests. 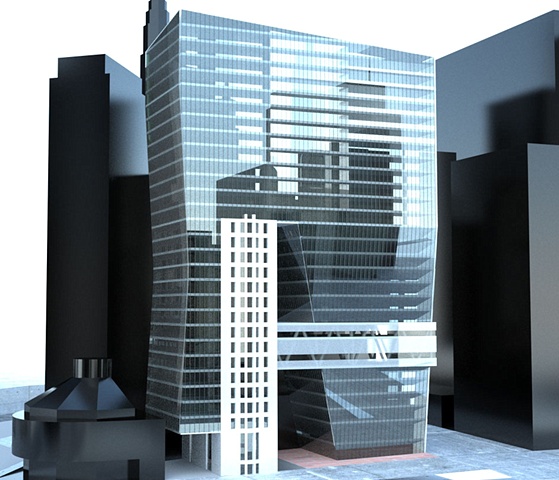 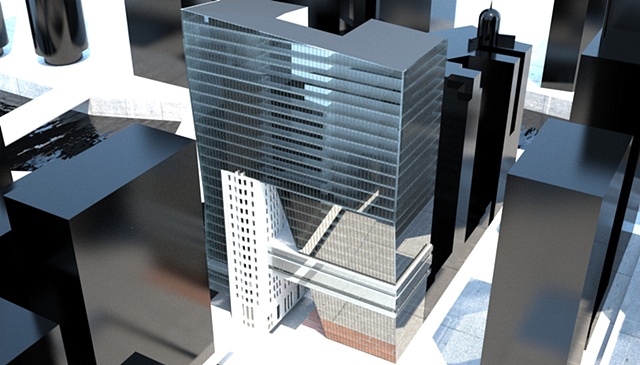 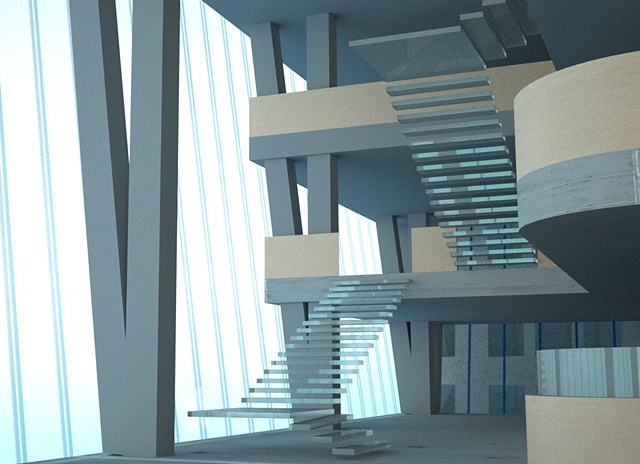 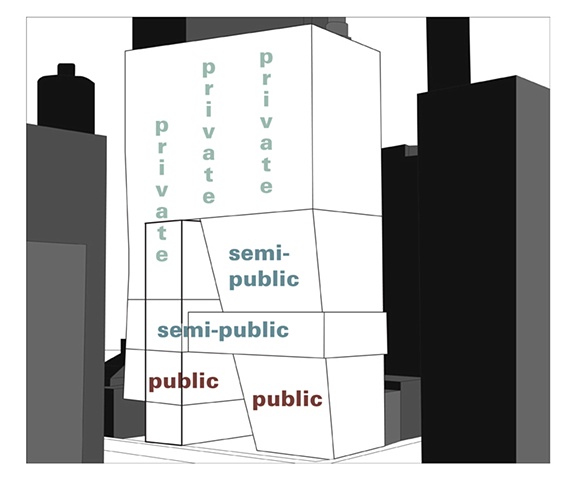 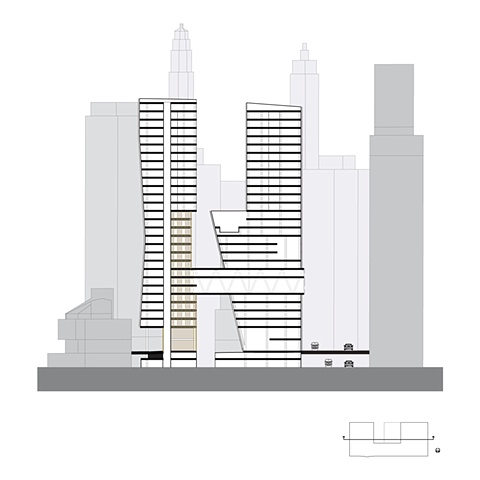 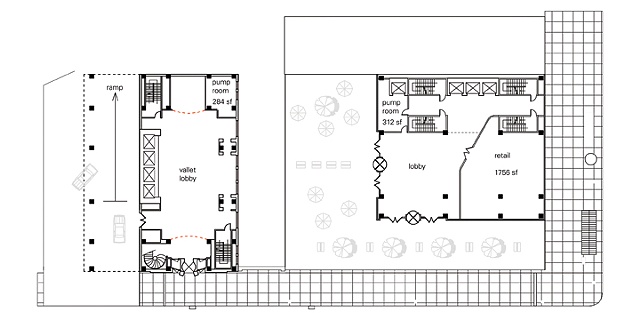